Things Americans Should Know About London Flats for Rent 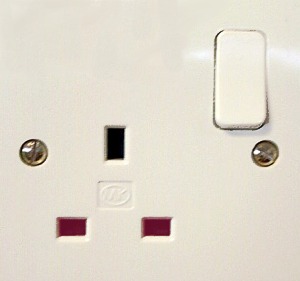 Americans who are planning on packing up and heading off to London might be shocked when they arrive and start looking for London flats for rent. Most of those who up and go don’t stop to consider that there are some major differences between living in the United States compared to the UK or Europe.

In order to lessen the shock and get you mentally ready to face such differences, we’ve provided a few things that you should know about London flats for rent. It is far better to be expecting them than to arrive to your destination and be dissatisfied. By knowing what to expect, you can better plan your move or get help from relocation specialists.

London is the largest city in Europe and one in which it is quite desirous to live. Therefore, flat rental fees and other housing costs are quite high. Also, it stands to reason that areas in the centre of the city are more expensive than those farther out. If you don’t have the means to pay several hundred pounds a week for a downtown flat then you should consider outlying neighborhoods where rent is more affordable.

However, even by living in outer areas, you have to take into account extra transportation costs should you work downtown or need to travel long distances. An alternative would be to move in with flatmates and share expenses.

Another area where Americans are often caught off guard is in the size of London flats for rent. U.S. homes and apartments are quite large and spacious due to the size of the country. However, flats in the UK are quite small in comparison.

The size of apartments has increased over the years as apartment complexes have been and are being built with more spacious flats in mind. Therefore, be prepared to shop around for London flats for rent and should you not be pleased with smaller ones in areas you prefer, try searching in areas where newer complexes exist.

Storage space, or better a lack thereof, is yet another issue that Americans find inconvenient. Many older homes in London which have been converted into flats were created in a Victorian style which emphasized empty rooms that contained furniture in which to store items.

If you’re fortunate or spend time looking then you will find London flats for rent with closet space and cabinets. However, this is mainly due to renovations by landlords to meet American requests or newly constructed apartments that meet such demands. Furnished flats will also normally contain wardrobes and other furniture items for storage. However, if you move into an unfurnished flat, you will need to purchase something in which to store your clothes and other non-essential items.

You should also keep in mind that the UK and Europe outlets utilize 240 volts compared to 120 volts in the United States. Therefore, any U.S. electronic items you bring with you will burn up unless you purchase adaptors. It is best to leave such items behind or sell them before moving and purchasing new items once you locate and get set up in London flats for rent.

However, check the user’s manual on major electronic items such as televisions and computers as many larger items are designed to operate on either 120 or 240 volts.