Urban Oases for Apartments in London 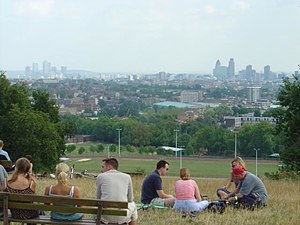 I blogged recently about neighborhoods where expats prefer to find apartments—usually because they’re reminiscent of neighborhoods back home. In my last post, I listed areas that remind Americans of Chicago or New York, but today I’d like to venture into the London neighborhoods that are harder to compare.

Among London Relocation’s clients moving to London with a family, an optimal neighborhood for searching apartments in London has been Hampstead. Once a village outside London proper, Hampstead is now part of north London and a big draw for those wanting the best of two worlds: easy access to central and plenty of amenities at-hand locally but less bustle and more peace, space, and nature. Hampstead is admittedly pricy where apartments are concerned, but, also known as “Pramstead,” it’s a safe and leafy residential locale that really does feel like it’s still its own village. And its proximity to 700+ acre Hamstead Heath makes for an ideal place to push a buggy or walk your dog. Despite the stellar view of London’s skyline from up high, once you step in the Heath, you couldn’t feel further from the city.

As another spot to find nice apartments, Belsize Park is Hampstead’s next-door neighbor that shares the above features well as a high street lined with adorable cafés, pubs, and boutiques. And though it doesn’t draw the same amount of attention (other than its famous, touristed Victorian cemetery) nor have as quaint a “downtown” atmosphere, Highgate is another nearby and gorgeously green and quiet neighborhood. These are places where actual houses are bought for settling in long term, not simply the usual high turnover found with rented apartments in London, which adds to the area’s overall homey and rooted sense.

And as I just wrote about last month, increasingly popular areas to find apartments in the west side are Fulham and Chiswick. To briefly recap, Fulham has both its urban and residential pockets that are bustling enough with nightlife to appeal to young professionals, and Chiswick is like a little fishing village in the city with charming gardens and convenient shopping and dining that draws young families. Other neighborhoods with nice apartments along the western bend in the Thames include Putney, Parsons Green, Twickenham, and Richmond, all of which feel more like family-friendly suburbs with their lower-key streets and proximity to the river and green space. Richmond and Twickenham in particular remind me a great deal of the Chicago suburb I lived in before moving —with a historic charm and natural setting that takes a couple hours’ drive outside Chicago to reach these days.

It just goes to show how London can offer the suburbs in the city, which can arguably give those searching for apartments the best of both worlds.

Yet whereas many new expats tend to limit their searches to the city’s west and north sides, an underrated region for apartments in London is located south of the Thames. The southern counterpart of “Pramstead” is “Nappy Valley,” the nickname originally given to Clapham/Wandsworth but now extending east into Dulwich. With relatively lower rents and a higher standard of living for many families who can afford more space here, south London likewise has pockets feeling more like suburbs than somewhere in decent reach of the city center.

Apartments south of the river can be a hodgepodge of old and (relatively) new—those seeking new construction will find a lot around Battersea and other historically industrial areas. And while four and five-storey Victorian terraced houses characterize much of central London north of the river, south London has street upon street of two or three-storey connected homes that (like the mews homes in the north and west behind the terraced houses) might enable you to afford something closer to a house than just apartments.

Apartments – Suburbs in the City

What I’m getting at is that if you’re making an international relocation that requires you seek apartments versus the suburban house you live in now, all is not lost. Certainly, you won’t find the same space and will probably forgo your car, but, where cities go, this is the leafiest, most residential-feeling one I know. Even the most centrally located neighborhoods boast big trees and garden squares that swallow city noise and leave you feeling further removed than you actually are. And the shorter buildings open up to the sky more than the high-rises and skyscrapers dominating US cities. For apartments to have this plus the benefit of transport links to anywhere and a concentration of amenities and recreation within walking distance is a major perk of living if you must live in a city anywhere.