The Reality of Flats in London 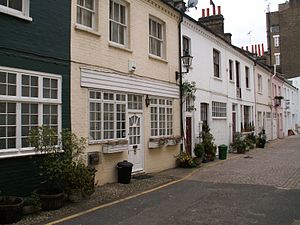 The Sticker Shock of Flats in London

London property is expensive; that’s an automatic no-brainer you should have in mind from the get-go. If your London job will be paying your salary in British pounds, you’ll find that cost of living is fairly relative—the everyday doesn’t cost a great deal more. But the flats sure do—a decent one bedroom typically starts at £1,300 per month, which is about $2,000 (USD). The London Relocation agency unfortunately can’t dictate what initial rent prices landlords ask for, but they’ll help you negotiate that price down to a level that’s fair in London’s competitive property market.

The thing to remember is that you’re moving to London. I mean, it’s LONDON! Just walking these streets for a day shows you all the wonder and history and education that money can’t buy. You’ll readily see the trade-offs for paying high rent on flats—as well as why everyone wants to live here, which keeps rent high—as you start to surround yourself in experience rather than material stuff.

The Size of Flats in London

They always say size matters, but let’s get some perspective here when it comes to flats. Yes, you’re anticipating paying an egregious amount for rent. But you aren’t in Kansas anymore, Dorothy. London’s many Victorian buildings are more diminutive in size given that people were smaller, and it was space-saving within a rapidly growing city during the reign of Queen Victoria. And to be fair, those Victorian homes (called terraced houses) were actually quite decently sized—a single family once occupied all four or five floors of these buildings. Each floor, therefore, served a different function for that one family rather than being one of a few flats serving separate individuals, couples, or families.

A Little More History on Flats in London

Following that example, if your London Relocation agent shows you some Victorian terraced houses as part of your search-portfolio of flats, consider which floor you’re seeing. Victorian homes were rather uniform in their structure: typically, the top floor was for servants’ quarters or children’s rooms. The floor below that was for the master bedroom, as I previously described, and the floor below that was a reception room (a parlor for receiving guests). The ground floor held the morning room in front (which usually has a bay window), and the dining room was at the back. Below ground were the kitchens. Because these also open to the yards in back, they aren’t called “garden” flats for nothin’.

And not all flats were houses originally. Your London Relocation agent might take you to see some “mews” houses, which are located in alleys behind the terraced houses described above. Americans can equate these to a “coach house,” which once served as a stable for horses and possibly servants’ quarters. What’s ironic is that these are still commonly available as intact two-story houses, so offer more space than typical flats (ideal for families)—this not only makes them more attractive to rent, but also more expensive.

Hopefully this historical perspective helps you reconcile any disappointments in property cost and size. Have an open mind and give these charming flats a chance! With an international relocation must come an international mindset—the transition isn’t always easy, but in time you’ll learn to let go of what you know as what you don’t eventually becomes a known quantity, too. It can be a test of what you’re made of on the inside versus what tends to make up our identities on the outside in more materialistic terms. Bring some home comforts with you for sure—because, of course, there’s no need to entirely change who you are and what you prefer! But most of all bring your happy and meaningful memories as the true foundation on which to build your new ones—flats in London make for beautiful homes that way.