Downsizing for a London Apartment? What NOT to Pack 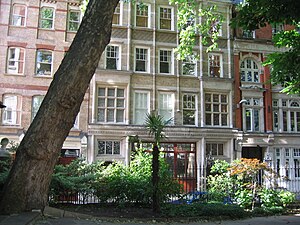 Whether you currently own a house or not, a lot of us UK expats end up living in London apartments. For some, the move is for a temporary job assignment, so it only makes sense to pass the relatively brief time in a smaller, already furnished space. Yet even those for whom a UK relocation could be longer-term ultimately opt for the flat versus house given the greater availability of such in the city, not to mention the high cost of housing that could diminish what square footage you can afford.

Depending on whether you go furnished or unfurnished, the London apartments you view could already cover a lot of your basic necessities. Many of them do come with the option of being already furnished, though how outfitted a space is will vary. It’s fairly standard for them to come with beds, sofas, tables, chairs, and such. Period flats weren’t built with closets, so perhaps a landlord will have built one in or include a freestanding wardrobe with the furnishings. Such flats might also include basic linens, dishware, utensils, and electric appliances like a vacuum or iron. And at the highly furnished end of the spectrum, you might see London apartments fully kitted out with a complete interior scheme of furniture and décor.

Renting London apartments that are furnished to any extent is very, very helpful in reducing how much you need to haul overseas. Especially when international movers will charge you by the square footage, bulky cargo like furniture is one of the first things you should consider leaving behind—unless you know you’ll be here a while and are moving into a space that can hold it. It’s common, though, for people to want to use their own dishes, bedsheets/covers, and such, so don’t feel the need to skimp on those necessities.

WHAT LONDON APARTMENTS CAN DO WELL WITHOUT

Again, if you’re deliberately searching for London apartments with basic furnishings, I say big-ticket items like beds, couches, coffee tables, dining tables, chairs, dressers, etc. can be safely crossed off your list. I would also hold off bringing large pictures, paintings, or other types of wall art, as you never what type of layout you’ll have to work with, whether the landlord will approve of hammering/drilling holes into the walls, whether the walls will already be decorated, or if it’s even possible to hang anything on them in the first place. Exposed brick or plasterboard walls can pose more of a challenge than it’s worth for a temporary home.

What you also definitely don’t need to bring are any high wattage appliances that aren’t 240V compatible. These would include fans, vacuums, coffee makers, toasters, blenders, hair dryers, and so forth that require hardcore transformers to convert their voltage and even then could burn out in time (along with the transformer). It’s definitely easier, then, to just buy these items once here on UK soil if they aren’t already supplied in your furnished flat (stores like Argos, Homebase, and Robert Dyas sell such appliances at reasonable prices). You might also find second-hand stuff for very cheap (if not free) through expat forums and social events—so many people relocate for the short-term, and, with the high turnover comes a lot of folks looking to empty their London apartments of anything they’ll no longer need.

Then there’s the storage issue… As I mentioned earlier, some older London apartments don’t have closets and, in general, were built to historical scale. And, as in the case of most Victorian terrace houses, some flats are that much smaller because they’re only one floor of what was once a multistory house—which means they weren’t originally intended to fulfill every household function today’s tenants demand of them.

Long story short, unless it’s of extreme sentimental value to you (and even that you might feel safer entrusting with a loved one back home), avoid bringing anything knick-knacky or decorative that you might not have the shelving or cabinet/closet space for, and generally nothing that you already have stored away—prioritize what you need for daily, not occasional, use. It’s natural to want to have some home comforts as you transition to life abroad, but this is also very much an occasion for austerity. The nice-to-have sort of foofy stuff that tends to clutter up a house will seem so glaringly excessive the moment you unpack it over here.

You’ll also want to be selective in what clothing you bring—the first things I’d leave behind are items for extreme temperatures. London is moderate all year; it rarely gets hot and doesn’t suffer deep freezes. So, your spring and fall clothes are what you’ll realistically wear here. Do pack some summery outfits for beach holidays or heavy winter jackets and snow boots for ski trips, but little enough that you can just stow it away in a storage container until needed. Otherwise, if you bring your entire wardrobe, there is no question you’ll end up giving stuff away left and right—much to Oxfam’s delight, I suppose!

Okay, so it really isn’t dramatic as all that, but that doesn’t mean we expats don’t feel the occasional bout of desperation for all the space and material stuff we used to have. Trust me—that will go away after the first year. I’m actually gagging over the fact that I have clothing in storage back home—as if I’ll ever wear it again!

The world is in recession, but this isn’t the Great Depression where we have to cling to all our worldly goods. “Waste not, want not” to be sure, but that’s regarding what we really need—not all we fill our houses with over the years just because we can. And there’s nothing like an overseas move and adapting to London apartments to give us that clarity and help us streamline for a lean, fresh start.