Living in London – What’s the Deal with Charing Cross? 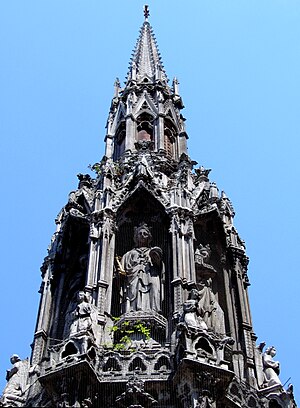 When moving to the UK and during your stay living in London you will run across many references to Charing Cross, primarily in relation to distances.  Those expats not current on their British history may need a light refresher to understand the significance of Charing Cross and what it means to those living in London.  The first thing Americans must realize (as frustrating as it may be) is that Charing Cross no longer exists.

Way back in the thirteenth century King Edward I created the Eleanor Cross for his beloved wife.  The name Charing that eventually the cross became known as refers to a nearby bend in the Thames near the cross’s location.  Bend in old English was ‘cierring’.  Originally the cross was made of wood but during the fourteenth century it was replaced with a marble monument.  In 1645 the cross was replaced with a statue of King Charles I mounted on a horse. In 1865 a replacement cross was created to represent the medieval cross (pieces of the original can be found in the Museum of London) although it stands some 150 ft from the original location of the Charring Cross.

In the mid-nineteenth century it was determined that Charring Cross would become the center of London. The actual location refers to the intersection of Strand, Whitehall and Cockspur streets and is just south of Trafalgar Square.  Once it was established as the center point of the city legislation determining city limits began using distance from Charing Cross within its pages.  Since that time people have referred to neighborhoods and sights in terms of their distance from Charing Cross.

Since Charing Cross is the center it is no surprise that a lot of transportation takes place in and around the immediate area.  There is the Charing Cross Railway Station as well as the London Underground Station at Charing Cross.  While here if you ever are lost on the Tube or rail you can always reorient yourself by traveling to Charing Cross.

Living here can be a confusing time for American expats with cockney phrases thrown about and British customs that seem absurd to the level-headed American, but Charing Cross references is one mystery you must not endure.  There are several interesting facts that will make your time while here much easier and we encourage anyone considering living in London to explore as much information about the city as possible.