Living In London – “Time, Is On Your Side” 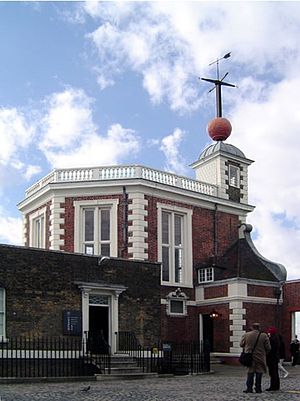 When you are living in London you have to pay a visit to Greenwich. Not only is it an important historical site, it is a great day out along the river, and a fascinating look into time itself. The area is probably most famous for its connection to the navy and to maritime history in England. The town was originally a Royal palace, and many famous royals were born there, including Henry VIII and Elizabeth I. A number of noble homes were constructed along the river bank and it became a popular destination for the nobility during the 17th century.

Today Greenwich is one of the top London tourist attractions and holds a special place in the history and heart of London. The link between time and the maritime history of the area are linked together forever. Greenwich is the site of Greenwich Meridian Time (GMT). It’s where time begins! No trip to Greenwich is complete with a tour of the Royal Observatory, which will give you a better understanding about the fascinating concept of time and the history of this science. Greenwich was considered to have a longitude time of zero, so all merchant ships and the Royal Navy kept a chronometer on board their vessels to ensure that they could calculate their longitude at any place in the world. All the worlds’ time zones are based on GMT and we often refer to time as being either hours ahead or behind GMT when talking about other countries.

Greenwich has over 50 restaurants, shops and markets that are devoted to the modern tourist trade, and you can spend at least a day exploring all that this area in South-east London has to offer. The best place to start is at the Greenwich Heritage Center, or the Greenwich Visitor Centre. You can also spend a few hours exploring the Cutty Sark which is an historical clipper ship that has been preserved and maintained as a tribute to the rich naval history that had Britain ruling the waves for hundreds of years.

Living in London gives you the opportunity to spend time learning about your new home and exploring the city at your leisure. Once you have settled into you new London rental, you might just find you have ‘time’ on your hands, and if you are in Greenwich then you really do!