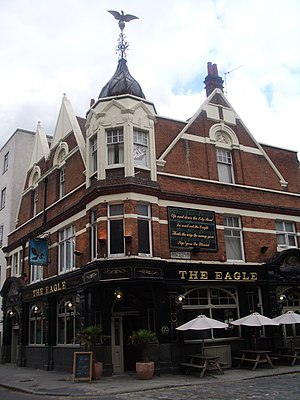 If you are living in London then you have to have a ‘local’; it’s what the locals call their neighborhood bar. Think ‘Cheers’ without Ted Danson, and you’ll have a pretty good idea of the pull of the local pub. Everyone has a favourite pub or club (if they’re part of the trendy set in London) and they frequent them on a regular, if not daily basis. As soon as you are settled into your London home, you’ll need to get out and experience the pub culture that England is famous for. Ask around at work and go out as much as possible until you find one that suits you. You’ll have a great time meeting people and drinking some of the beers and ales that make the pub such a great place to be.

In the past the pub, or publican house, as it is historically known as, was a place that only sold drinks. Today, many pubs have excellent restaurants and offer great outdoor facilities for families. The English are quite strict about children in pubs so if you do have a family then choose a pub that has facilities that cater to children as it is against the law for young children to be in an establishment that sells alcohol. When you live in London you will hear much about the subject of the closing times of pubs and bars in the country, and compared to the rest of the world they do close early. The last drinks are allowed to be sold at 11pm with most pubs closing their doors at about 1.30 pm. Although there has been a relaxation of the laws and many establishments in the city have permission to be open later, most pubs still close before midnight.

This is the name given to the food that is served in pubs. Although London has a number of what they like to call ‘gastro-pubs’ which serve food of an international standard, there are still hundred of pubs that serve traditional food with their beers. Pub grub is traditionally quite hearty and will certainly warm you up on a cold winter’s day. Steak pies and chips. Or pies with peas and gravy are considered traditional pub fare. If you’re looking for something a little lighter, then head to one of the more modern pubs in London.

One of the most fun things to do in is to go on a tour of the most famous pubs in London, there are a number of pubs who had extremely famous patrons and you’ll be able to get a little taste of history while you’re oiling your elbow! Just take care though, the English beers, ales and lagers are rather stronger than those that you find in the States or Canada. They are also served slightly warmer (at just below room temperature) which might be a little different when compared with the icy beers back home.