Living in London – “Off with her Head!” 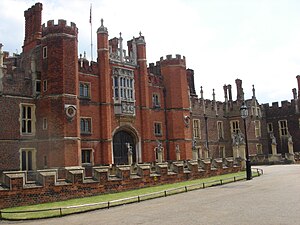 Once you have settled into your new London flat, and you have got to grips with the weather, the transport system and Oxford Street Christmas Shopping, you should get out into the country for a day to visit one of the most important and fascinating homes in the country. Moving to London can be one of the most exciting times in your life and you will have the opportunity of experiencing the pomp and ceremony of everything that is British and the magnificent history that surrounds this country.

Most famous for being the home of Henry VIII, the eccentric and possibly mad King who had many wives (and got rid of a few of them when he got bored or wanted a new one!). In fact, the gatehouse that is the entrance to the palace from the river is known as Anne Boleyn’s Gate after Henry’s second wife. Construction was still underway when Henry, tired of Anne had her executed!

Hampton Court Palace became a royal palace in the 1520s when King Henry VIII took it over from Cardinal Wolsey. Down through the centuries it has been a favourite residence for Kings and Queens and as such has ensured that is has one of the finest collections of tapestries and other furnishings including its collection of art, which today is an important part of the largest private art collection in the world. The Royal Collection is the property of Her Majesty Queen Elizabeth II. The collection and exhibition at Hampton Court Palace shows art from the16th, 17th, and early 18th centuries.

The Hampton Court Palace gardens are also a major attraction and include an annual flower show and display. The gardens form part of the entire estate, which includes over 60 acres of formal gardens and landscaped horticulture. They are a fascinating and enchanting display of colour, flowers and shrubs that will delight every tourist. Planted in 1690, the Hampton Court Palace Maze is the most visited attraction in the gardens. Nearly 350,000 people get lost in the maze each year!

If you fancy yourself a holiday in the home of Britain’s most famous King then contact the landmark trust to arrange a stay in the two self-catering apartments at the palace that are available for hire. Fish Court sleeps up to six people and the Georgian House caters to parties of up to eight people.

Hampton court is easily accessible from London by bus or tube and South West Trains runs from Waterloo Station in central London to Hampton Court with a relaxing journey of only 30 minutes. One of the best ways to enjoy Hampton Court and the surrounding areas is to book one of the many superb boat cruises from the palace to Richmond or Kew to enjoy the famous gardens at Kew and the remarkably rural setting of Richmond on the river. River cruises to Hampton Court Palace run right from the centre on London making this a day trip with a difference.

Hampton Court Palace is open from 10am – 6pm during the summer (April – October) and 10am – 4.30 pm during the winter (November – March). Tickets for a Palace, Maze and Gardens visit are £15.40 for adults and £7.70 for children. If you book online there are significant reductions.