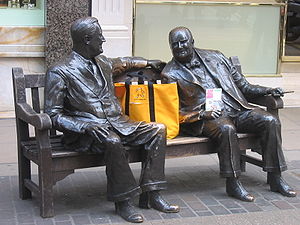 Many an American moving to London looks at the suburb of Mayfair as the first choice in residential accommodation. West London, being central London in effect, is the closest to many of the top tourist attractions and many of the suburbs have a famous history as well as famous inhabitants.

Although Mayfair falls into the area called West London, it is actually the most central suburb in the city. It is certainly one of the most expensive areas of the city, but if you have cash to splash then W1 is the premium address. A studio apartment in the suburb of Mayfair will set you back £1000 -£ 4000 per month. Homes can costs you up to £10 000 per month.

Council Information: Mayfair falls under the Council Borough of Westminster with annual taxes ranging from £500 – £1400.

Transport: Although there are no overland trains in W1, the London Underground has several stations including Piccadilly Circus, Oxford Circus, Regents Park and Bond Street. W1 has the most amounts of buses and night buses in the city.

Shopping: Not just one branch of the popular grocery stores in W1, this area has two or more of the top grocery stores in England. Tesco Express, Tesco Metro as well as Sainsbury’s and Marks and Spencer’s are but a few of the top shopping destinations in this area. It is also within walking distance of some of the up market high street shopping experiences in the world. Bond Street, Oxford Street; this is a place where the rich and famous drop their dosh on designer labels, jewels and priceless art and antiques.

Doctors: When you are registering for a GP in Mayfair you’ll have a number of surgeries to choose from. Mayfair is the home of doctors with the famous Harley Street being right in the middle of this suburb. The Mayfair Medical centre can be found on Weighhouse Street in Mayfair. If you’re looking for private specialists, than this is the area that you’ll find them.

Other Amenities: There are over 40 primary schools and number of excellent state secondary schools in the area, with dozens of amenities including parks . Hyde Park, Regents Park and Green Park make up a border of green spaces and open land. You’re within walking distance of many of the hotspots when you’re living in W1.