Living in London – Ghostly Goings On 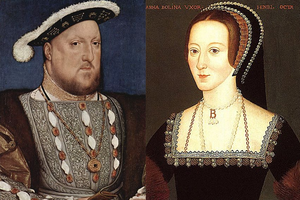 You’re settled into your new London rental; done the tourist sights and now you may be looking for something a little different. As an American living in London, it may interest you to know that the city is almost two thousand years old. Scattered all over the city are many old buildings, many of which date back to the fifteenth century.

No, this isn’t another history lesson. Something far more enticing: ghosts.

London, you see, is as famous for its numerous haunted buildings as it is for being the home of the Royal Family and there are a number of tours for you to take that show off various haunted areas of London.

The Tower of London is a popular visit for ghost-fans, seeing as it was used as a prison and saw its fair share of executions (including beheadings). Henry VI is supposed to be one of the ghosts holding residence there and legend has it that his ghost supposedly appears as the clock nears midnight, walking back and forth till the clock hits twelve.

Another famous tale of the haunted Tower of London tells of Mr. Arthur Crick, a custody guard for the tower. Apparently, he decided to take a rest from his rounds and had just slipped his shoe off and sat down when he heard a voice behind him whispering, “There’s only you and I here.” To which Mr. Crick replied, “Just let me get this bloody shoe on and there only be you.”

Another of the Tower’s famous undead residents is the ghost of Anne Boleyn, former Queen of England and married to Henry VIII. When Henry grew tired of his wife, he ordered her beheaded and her remains were buried within the Tower’s grounds. Anne’s ghost is said to be seen roaming the grounds quite frequently, scaring the living daylights of anyone who crosses her path.

Over at Her Majesty’s Theatre in the West End, the ghost of the theatre’s former manager, Mr. John Buckstone, who passed away over one hundred years ago, still haunts the theatre, with his voice often being heard in the backstage dressing rooms.

So if you’ve just moved and you’ve got the nerve to try it, take up one of the Haunted Tours.