Living in London – The Virgin Marathon 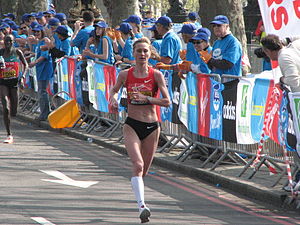 There is nothing like a pretty spring day to inspire you to put on your running shoes when living in London.  Another inspiration you may not have considered is one of the many causes represented in the Virgin Marathon this April.  With other 30,000 participants in the race that spans over twenty six miles the Virgin Marathon is one of London’s favorite events.  Held in April of each year the event raises money for charities across the country.

Virgin Marathon – How it Began

Few American expats realize how important the Virgin Marathon is to the great city.  It all began when famed Olympic runner, Chris Brasher, ran in the New York Marathon.  He couldn’t believe the number of people participating as well as the cultural make-up of the marathon.  Inspired he sought out to create The London Marathon to be just as big and diversified as the New York Marathon. After several years of trying his dream became a reality and in 1981 the first London Marathon was held.  It quickly grew in popularity and is now the highest fundraising event in the world.

Beginning at three different points the race covers relatively flat ground yet is considered to be one of the most competitive races in the world.  The three starting points are near Blackheath and then meet at 4.5km near the Royal Artillery Barricks. From there runners travel to the Old Royal Navy College and then pass the Cutty Sark, a landed naval ship.  After a run through the Docklands runner find themselves at the half way mark of the Marathon while crossing the Tower Bridge.  The route then goes along The Highway to Canary Wharf.  The second half of the race takes runners by the London Eye, Buckingham Palace and Big Ben and finishes near St. James Palace.

One of the best parts of the Virgin Marathon is that everyone is invited to participate.  Beginners to professionals run alongside each other in the race around London.  For those not used to marathons several groups train year round in and around London.  For those new to living in London and looking to get in shape and meet some new friends joining a training team is a good way to accomplish both.

Whether Americans ultimately decide to participate in the race or cheer on competitors from the sidelines participation in the event is encouraged.  The Virgin Marathon is one of the occasions that expats will see the entire city puts aside differences and joins together to cheer on competitors.