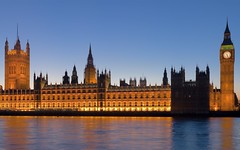 When you’re living in London you’ll be receiving visitors, I promise. Just as soon as you are settled into your new rental, you’ll be getting calls from back home from people wanting to crash on your couch while they explore London. The only way to avoid this is to never, ever tell anyone that you are moving here which might be a little impossible! If you are going to be entertaining friends and family for days at a time, then you’d better have some fast facts and fun tours to take them on a whistle stop tour of the city.

It can be hard when you are living here to decide what to show your visitors, and I suggest, if you’re going to be having a lot of them that you plan your own little guided tour of the top sites and attractions. Stick to a budget and get your transport paid for in advance. You can’t go wrong by getting your visitors a Pass for the number of days they will be there. Remember you’re a local now, and an ambassador for the city, so allow yourself to experience the marvels of the city through a visitor’s eye. They don’t care that you spend three hours a day commuting to and from work. They just want to see the Queen!