Live Your Dream in These 4 LGBT-Friendly Areas of London 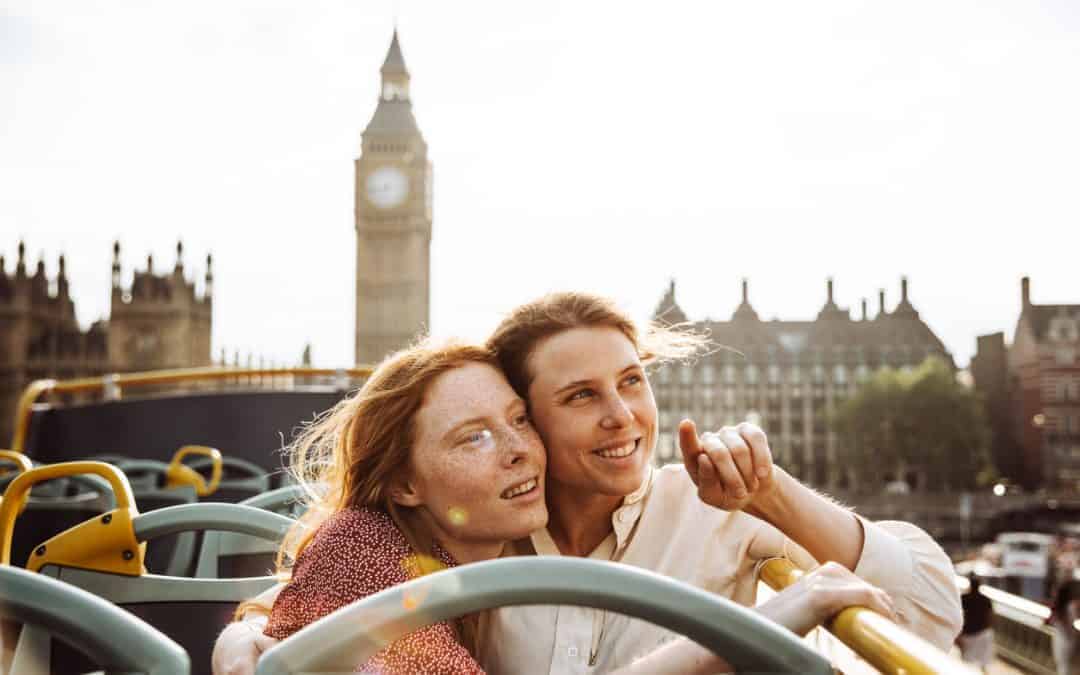 I sincerely believe that some (and I can’t stress this enough: SOME, not all) stereotypes are there for a reason. If so many foreigners choose to believe that the majority of the British are rather conservative, these people must be basing their opinion on something, right? Like the fact that we are a conservative folk indeed. Yeah, that might be where the shoe pinches.

That being said, Londoners are exceptionally progressive and open-minded about many things. In my belief, this is happening because we are extremely self-centric. In simpler words, our conservative beliefs only spread ourselves. We follow the “I’ll always do my thing but the rest of the world’s population is free to partake in whichever shenanigans they fancy. Why should I care?” rule.

And, frankly, that’s not the worst rule to love by, eh?

Long story short, this mindset has allowed London to blossom as an LGBT heaven on earth.

London is home to the free and the bold and we are the cornerstone of countless LBBT activities like the annual Gay Pride Parade, endorsement of gay communities, the Gay and Lesbian Film Festival, etc.

That noted, London is too big if a city to be considered as a single, unified entity.

Given the size of our hulking capital, we have chosen to live in smaller groups of friendly neighbors with our own rules and standards. We choose to live in communities if you will. Obviously, not all of them were created equally thus making certain areas of the city more friendly to gay people than others. We will discuss these areas today.

If you think of a gay-friendly place in London what is the first thing to come up your mind? Why the West End, of course, as it has been a cornerstone of gay culture for centuries. With the amount of entertainment, privately-held clubs and by-invitation-only pubs, the West End has managed to make quite an impressive name for itself.

If we’re to talk Soho specifically, it is worth noticing that gay-friendly pubs were a thing here as really as in the 1890es. And yes, there was a backlash against the growing LGBT movement (although it wasn’t called that back in the day) in the 1980es, but nothing too serious has changed.

Today Soho is one of the friendliest places for people of all races, genders, identities as well as sexual preferences to relax and enjoy a good time.

On the downside, the area is mostly commercial. There are many pubs, clubs, and shops here, yet there are only so little flats one can rent. Plus the property prices here bite like rapid dogs without the slightest bark of warning.

What this means is that you won’t be able to find a decent flat in Soho on your own but then again why would you, if there are services like London Relocation at your disposal? Wink, wink;)

Here is the funny thing about Vauxhall: It has a much longer gay history than Soho and even the entirety of West End, there’s as much entertainment in terms of pubs, clubs and cocktail bars, and there is actually a decent amount of available properties to live in. Yet, despite all this, Vauxhall plays the second violin.

Vauxhall is simply not as loud and pretentious. Now that’s what I call a marketing issue.

Well, you know what they say. There’s always a time and place to change history and that change can very much begin with you moving here.

Even if you don’t, make sure to leave a slot in one of your Friday nights to visit the amazing Club Colosseum and the Crash.

Basically, Camden is a nice blend of both Soho and Vauxhall but for the young and energetic. It is fled with young people, students, and artists making this place a lovely mess of noise and fun.

The gay-friendly vibes are especially noticeable in such places as Electric, the Camden institution Proud and the Block Bar.

Not only is Camden great for a blast of a night out, but it is also conveniently situated in the very center of some of the city’s major transport links.

Oh, and the property options here are out of this word. You’ll be able to find anything from an antique-packed museum of a flat to a maiden marvel of minimalistic design here and all at the right price. So if it’s the convince of a cosmopolitan city you are looking for in your new home, a flat in Camden should be your go-to option.

Hackney can’t be proud with an age-old gay history. Truth be told, Shoreditch and Dalston have only recently emerged as moderately popular LGBT hubs and yet they are already making a name for themselves.

Yes, the nightlife here may not be as impressive, but the sheer amount of available properties at moderate (by London standards) prices.

These were the 4 LGBT-friendly areas in London that are 100% worth your attention. But don’t get this wrong, three are much more of them in the Big Smoke awaiting for you to discover their riches. Will you be joining the fun any time soon?