“Get It?”, Or Your Guide Into The World Of British Humor 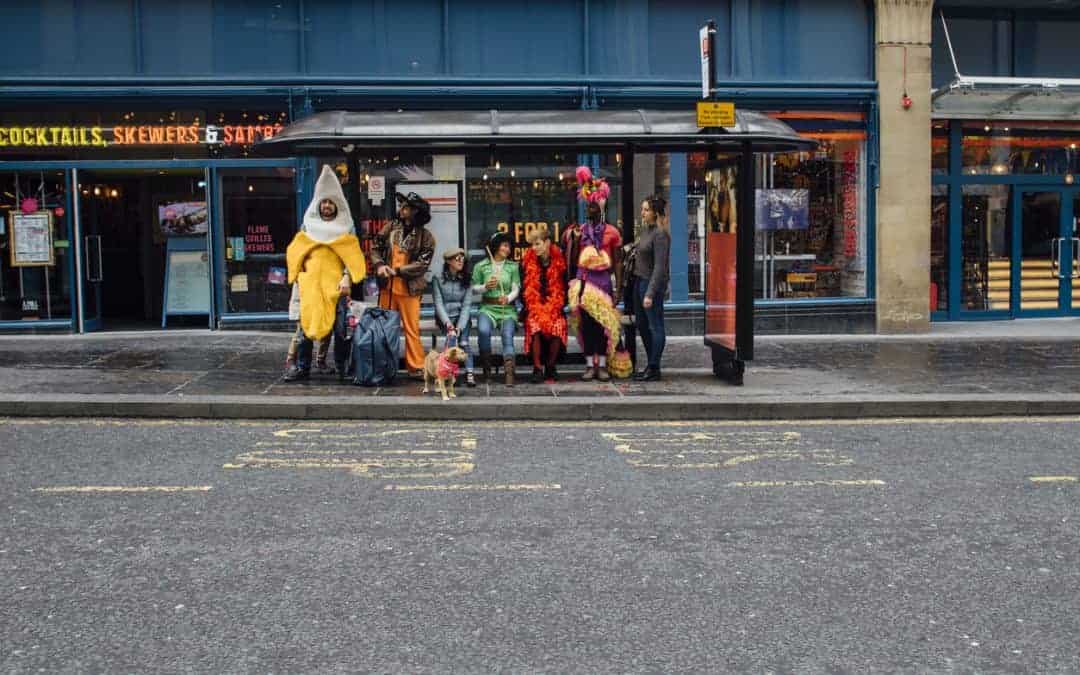 “A cement mixer has ­collided with a prison van. Motorists are asked to look out for 16 hardened criminals.” – Ronnie Corbett, from The Two Ronnies: The Complete Collection

Ah, the good old British comedy. Known all over the world yet understood by too few people. The funniest part about is that understanding our humor is essential to understanding us as a nation. It is a much better reflection of who we are than what we say or how we look.

Take our American friends as an example. You guys feel so powerful, you know you can put up a great show on practically any occasion and you love it. Your comedy is emotional. You are loud and energized when you laugh and when you tell jokes. Your humor is based on movement, action, gestures and funny faces. You prefer to tell longer stories or anecdotes just to have a blast of a time all the way through.

The British on the other hand, not so much. We prefer the type of “straight face humor” where people aren’t 100% sure whether it was a joke that you just said or if you were dead serious. You have your stories, and we have one-liners. The punchline is all we care about in a good joke. We will use it randomly in any given scenario from a trip on the tube to a birthday party to a funeral.

People from the continent and from the US have strict guidelines, policies, and boundaries when it comes to jokes. You are sensitive about many historical events thus you will not be making fun of Holocaust or 9/11.

What was Britain’s response to the death of Princess Diana?

“What’s the difference between Princess Diana and Casper the ghost? Casper can go through walls.”

Don’t get this wrong though. We absolutely adore our queen and love the entire royal family. They are our national treasure. They are our heritage.

The death of a princess was a tragedy to all of us. It truly was. So we chose to find comfort in humor. We chose to laugh for the reality not to crush our hearts and souls. Get it? Crash, because of them… Oh, you get the point, don’t you?

There is a perfect time for everything in this world. That being said, there is an improper time for those very same things. Timing is key bot in life and in humor. Or so the rest of the world thinks. But nit Great Britain, no. We neither know when to stop nor do we even try to learn this lesson. Especially so when it comes to sarcasm and irony.

It’s like our brain function in a reverse order. We shoot out the quip first and only think about it afterward.

Then again, how else would you deal with the things we are facing every day? You can’t keep saying that the weather is rubbish for all eternity simply because it’s true. Saying that today’s shower was a delightful treat in an ironic tone, on the other hand, makes you smile, even if on the inside.

The love for the underdog

We used to be proud of our achievements back in the day when we had a mighty empire. Where did it lead us to?

The British today hate few things more than success. We don’t pat ourselves on the back for our achievements. No sir, we do not.

Rooting for the underdog, on the other hand, now that’s our choice in life. We will support someone who is on his path to glory strictly until the point when the goal that goal is achieved. Once the social status of our favorite changes, we will stroll on further to look for more troubled stories.

This reflects on ourselves as well. Self-deprecation is a major source in inspiration for our comedy.

Don’t believe me? Ty saying a compliment to a British person and see what they’ll reply to you with. In 10 cases out of 10, it would be a self-deprecating quip.

The art of understatement

Here is a funny story for you. A colleague of ours of an Italian origin went for a vacation recently. When he returned to the office, all he could talk about was how horrible the hotel was. There was this one time when we were making tea in the kitchen and that Italian colleague was complaining about the food, the service, the weather, the beds, and all that stuff for like five minutes or so of pure, angry, hate-packed monologue. What did our colleague reply to that?

“So… you wouldn’t recommend it?”

That line – one line – was enough for the entire room to drop dead from laughter.

This, dear friends, is one of the cornerstones of British comedy – the art of understatement. It takes a straight poker face and a really short killer quip to pull off, but the endgame is almost always worth the trouble.

How does this sense of humor reflect on us? Well, here is yet another story for you.

It was the year 1989. Captain Eric Monroe was piloting a Boeing 747 filled to the brim with passengers when suddenly all of the engines went dead.

His only announcement was as follows:

“Ladies and Gentlemen this is Captain speaking, we currently have a small problem. All four engines have stopped. We are doing our damnedest to get them working, I trust you are not in too much distress.”

Can you imagine what happened next? Nothing. There was no panic. Everyone remained seated calmly and the plane landed fine afterward.

Can you imagine what would have happened if there were Americans on board hearing the same message? They would have blown up the plane from the inside.

Our humor teaches us that there are situations in life when you can’t do more than have a laugh. It teaches us this valuable lesson since early childhood. Needless to say, our attitude can be lifesaving thanks to how and why we laugh. Can you say the same about your “understandable” humor?