Adjusting to Culture Shock While Living in London

One of the most surprising elements of moving to London to American expats is adjusting to culture shock while living in London.  Since the UK is our next of kin and we speak the same language many assume the transition will be easy, similar to a move across the country.  In reality, England (and London) is a different country with different cultures and traditions.  Americans often have difficulty adjusting to the subtle differences between the US and UK.  Knowing that there will be an adjustment period one can take preemptive steps to combat the frustration and homesickness that will undoubtedly creep up when confronting culture shock.

Adjusting to Culture Shock While Living in London – Make Friends

This time honored advice could not be more true for American expats.  Rather than staying holed up in London flats Americans should take every opportunity to meet new people.  One can begin by getting to know their co-workers, flat mates and neighbors.  If that doesn’t do the trick joining a team or taking a community class will introduce one to people with similar interests.  All Americans should try and connect with other expats for they will be a great resource for dealing with cultural issues.  There are many both real groups and online groups available.

Adjusting to Culture Shock While Living in London – Ask Questions

It may be embarrassing to constantly be asking questions of those around you but if one hopes to eventually blend in with the natives the questions are necessary.  Instead of constantly pestering a co-worker or neighbor Americans can turn to the internet or American expat forums for advice or cultural explanations.  If that doesn’t get the problem solved then turning to a real person is in order.  Most British are happy to explain customs and traditions to Americans.  Rather than appear standoffish or rude, those just recently relocated to London should ask for clarifications when in doubt.

Adjusting to Culture Shock While Living in London – Phone Home 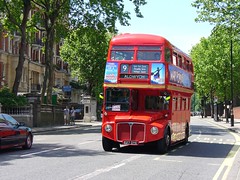 No matter how well traveled one may be they will suffer some type of homesickness.  This is natural and to be expected.  Even though making new friends in one’s new country is recommended keeping connections to home is also important.  Thanks to email, social media and Skype friends and family back home are just a click away.  Although one doesn’t want to spend too much time chatting with those in America they do want to maintain the relationships to make the transition to English culture smoother.

Understanding that moving to England is a huge transition for even the most seasoned traveler allows Americans to prepare for down-and-out days when they long for comfort food and family.  Adjusting to culture shock while living in London is par for the course and is easily handled if one is willing to be open-minded and forthcoming.