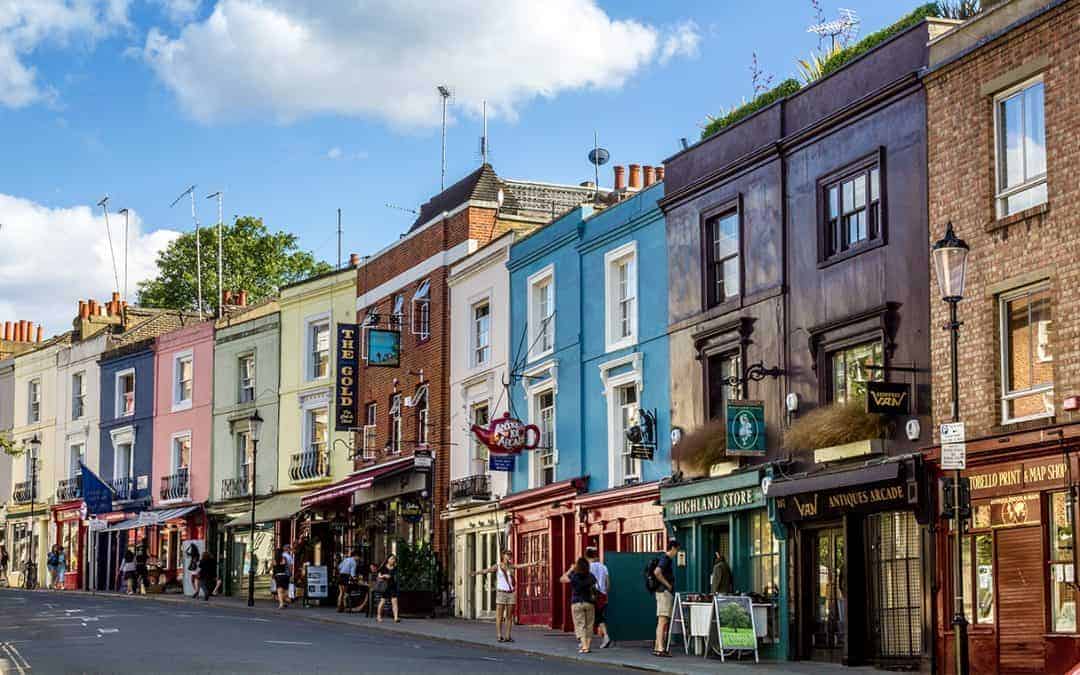 London isn’t just an architectural or cultural masterpiece of a city. It is also a culinary marvel with gastronomical diamonds hidden in every area of the smoke. Each has its own style, personality, individuality, and a menu designed to fit in spirit to its surroundings.

Needless to say, exploring every nook and cranny of these fine establishments is as fun as discovering any other secret of the capital.

This little piece of California is one of the brightest and most colorful places to grab a bite in London. Yes, the mismatched interior may very well be a textbook definition of a perfectionist’s nightmare, but it does its job just fine. The chaos of colors ads a flair to the atmosphere. To top things off, the insanely large windows are designed to let in as much sunlight as possible so even the gloomier days feel like a never-ending summer once you are inside.

What’s on the menu? Why everything from oysters to cured meats to salads.

That said, their brunch menu in general, and the burgers in particular are to die for. The mouthwatering house blend patty topped with smoked cheese, juicy tomatoes and crispy pickles, is served on Brioche giving the burger a classic, yet classy taste of American perfection. 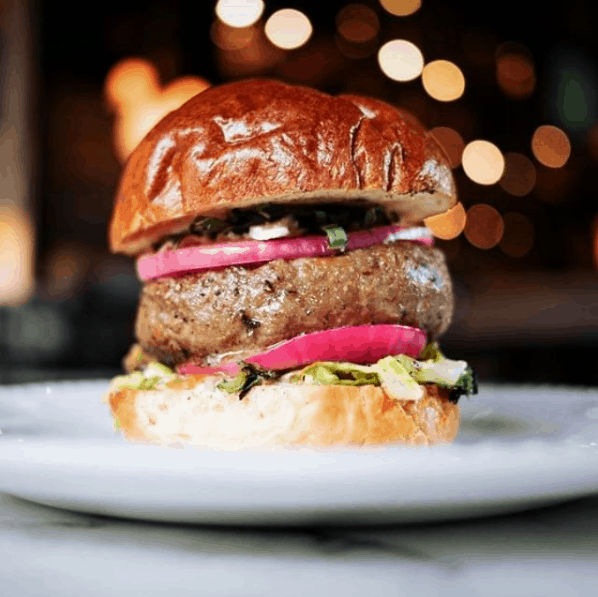 There was a time when people thought that supermodels don’t eat. Like at all. Imagine everyone’s surprise when a huddle of slim, slick models have opened a restaurant!

And yet, slowly but steadily, the place grew on us.

Fast-forward the time to today when everyone and their mother knows everything there is to healthy eating, vegan diets, proper nutrition and what not and you’ll get one of the most popular places to eat in London. Not only that, but Farmacy was doing the vegan thing before it went mainstream!

What’s on the menu? Veggan dishes. Yes, with two “g”, because the place is for those vegans who eat eggs. Still, if we were to pick just one dish, it would be best to go with the house pancakes made with buckwheat flour and served with coconut yogurt and seasonal fruits. 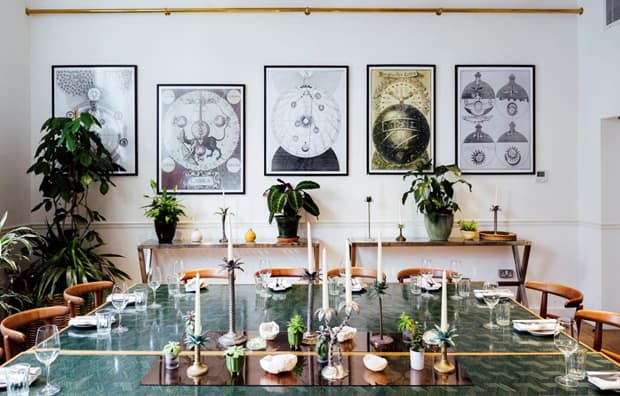 108 Garage is one of the places in London for those of you who enjoy surprises. You see, the place doesn’t have a menu in a traditional sense. There are sets of dishes you can choose from, but even they change on a daily basis.

If there is one thing Denney, the local chef, loves more than cooking its experimentation so expect to go in blindly. Even if you had something particular for lunch here yesterday, the odds are that dish won’t be on the menu for a very long time.

There is one exception to the rule however – Denney’s famous chocolate cremeux served with puffed rice and artichoke ice cream. 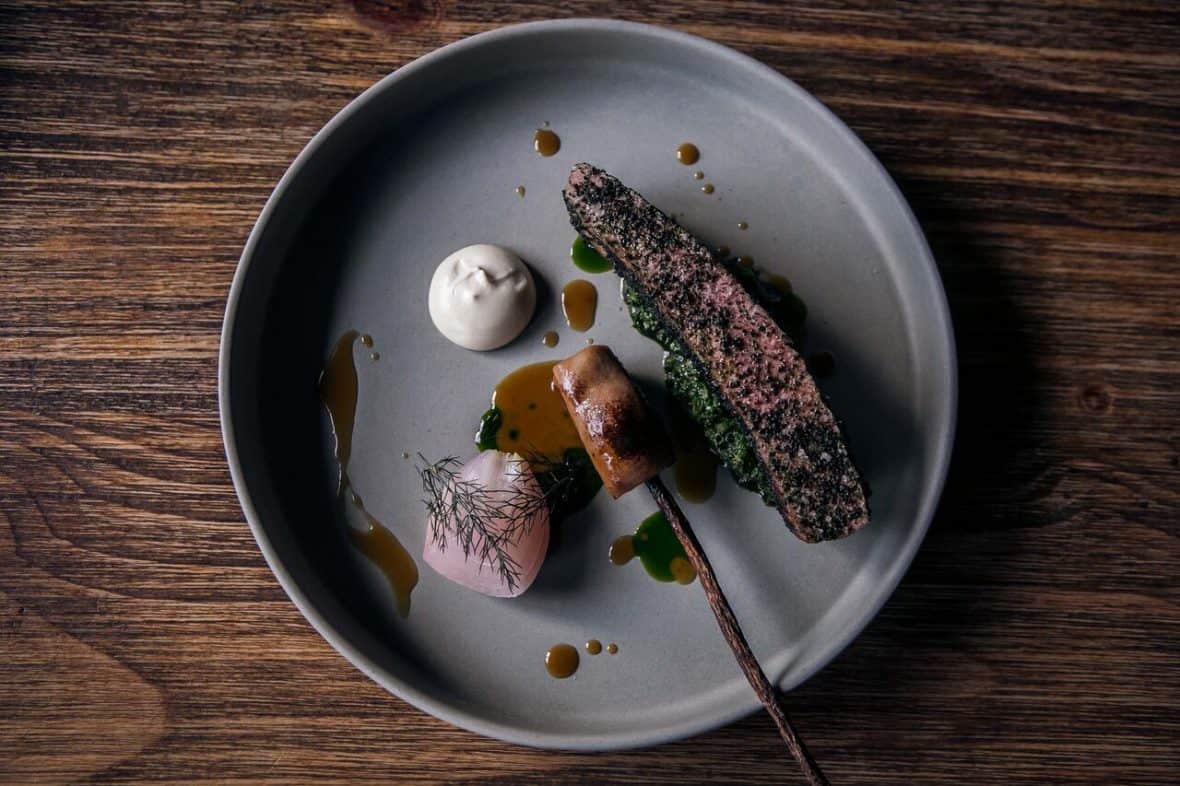 There’s one thing that never stops to amaze us about The Shed: The place really feels like a shed. Not in a bad or cluttered way, but in a sense that you can freely picture having your own lawnmower “parked” here.

And the best thing about the place is that most of the meat, vegetable’s and spices come from their own farm located in Sussex.  More on the matter – even the booze is home-made.

What’s on the menu? Given the nature of the place, the menu changes regularly to meet with what’s in supply this season. Expect to see a lot of fresh food straight of the batch that tastes and smells like something your grandma might have cooked. 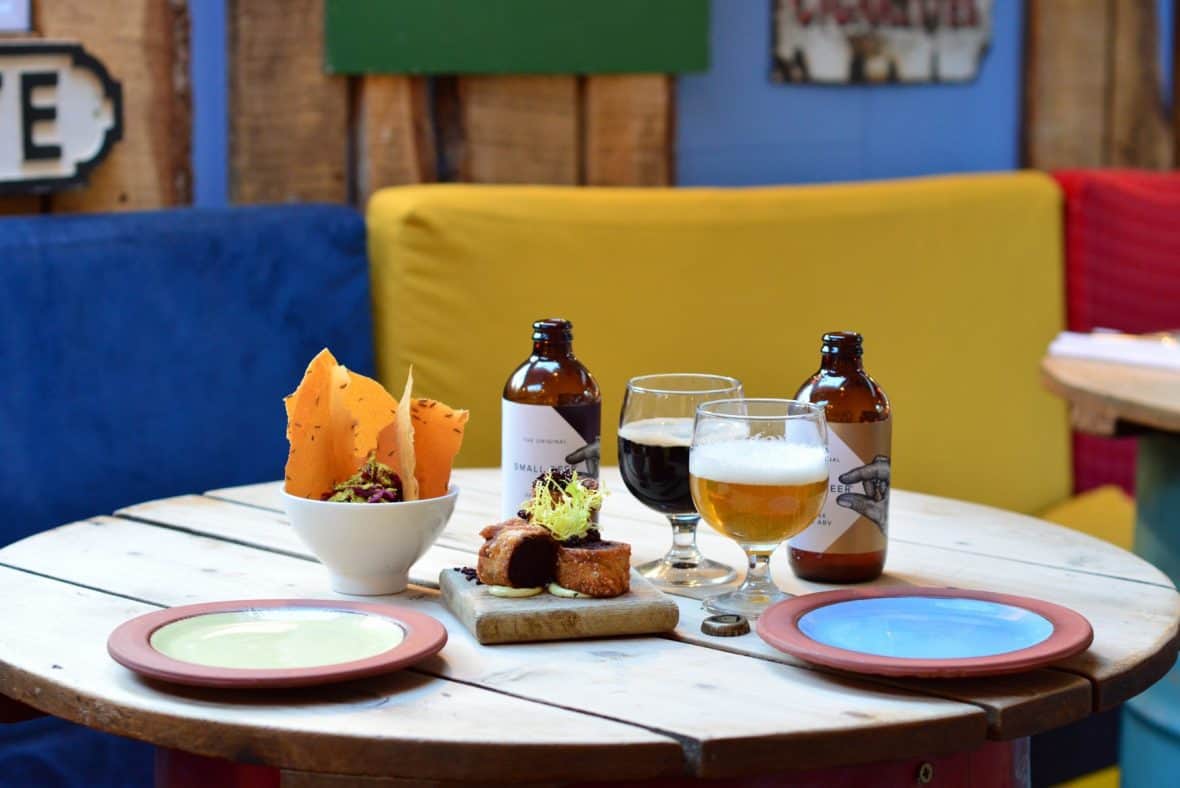